There are 5 bands with the name The Jolly Rogers. The First is from North Carolina. They have recorded on the John Lennon bus. They released their first abum "Under The Sombrero" on April 20 2007. They are no longer active. The second is a ska band from Hamilton, Ontario formed mostly by students and ex-students of Westmount and Hill Park secondary schools. The band became locally huge to an extent that hadn't been seen for a ska band in the Hamilton area since the Wisties. 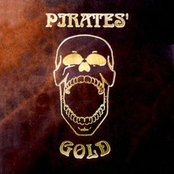